I can’t be the only person who gets stuck for words now and then or in my case every moment of the day – especially WordPress Wednesday. The plain fact is that I am no longer creative. Having exhausted 50 years of experiences stored in my head, the ‘hide-away-in-your-house regime, adopted by the oldies of the United Kingdom or if you are Scottish Dis-united Kingdom, are all used up and I have acquired nothing new. An empty space now exists where wonderful stories once lay! And it’s not a bit of good saying, in a demanding tone, write something, ANYTHING, for I am certain that way would lead to the 634 friends I have painstakingly acquired on Facebook de-friending me. In desperation I have resorted to reproducing an article I would have written in my heyday. And yes, I did have a heyday which lasted a number of years, from 2007 – 2017, visting Waterstones on a Saturday for a booksigning of my latest book and in the week chasing madly up and down the country to schools where I spent the day, and sold dozens of signed copies of my latest novel to eager readers in both primary and secondary, and restricting the writing of a new book to the winter month.

A different world … for me that’s travelling by train. And it’s all Beeching’s fault. For those that are too young to remember, he single-handedly managed to destroy all rail transport in the south west. Now to get anywhere, we are faced with the tedious process of bumbling along country roads by bus to reach a city. Alternatively, we get up at the crack of dawn to bump along even narrower roads, festooned with cows or their skid-prone leavings, to reach a country station where there is a connection to London.

Several times in the past few weeks I have set out – feeling exactly as Scott did when he went to the pole. It’s still dark and ahead of me lie lonely unmarked and unlit lanes which, if you have a lively imagination as I do, you might believe are ghost-ridden. They do, however, contain badgers and deer who have no respect for cars. Eventually, I reach the station in time to park and board a train, my seat neatly flagged up with my name on it. Such a civilised way to travel, until you are forced to disembark at Reading and pick up a commuter train that is wending its way south to Salisbury before eventually ending up at Victoria. Packed with merrimakers off to celebrate Halloween, bicycles, book-reading commuters, it bumbles along stopping every few minutes to deposit some weary traveller.

I had forgotten this is the way most people live – trundling up and down the steps of Clapham Junction or Redhill. This is the real England, scored by people determinedly making a living. I can’t help wishing Beeching had left well alone – it would be so nice to reach the heart of England without quite so much hassle.

View all posts by Barbara Spencer

3 thoughts on “Digging for nuggets of gold!” 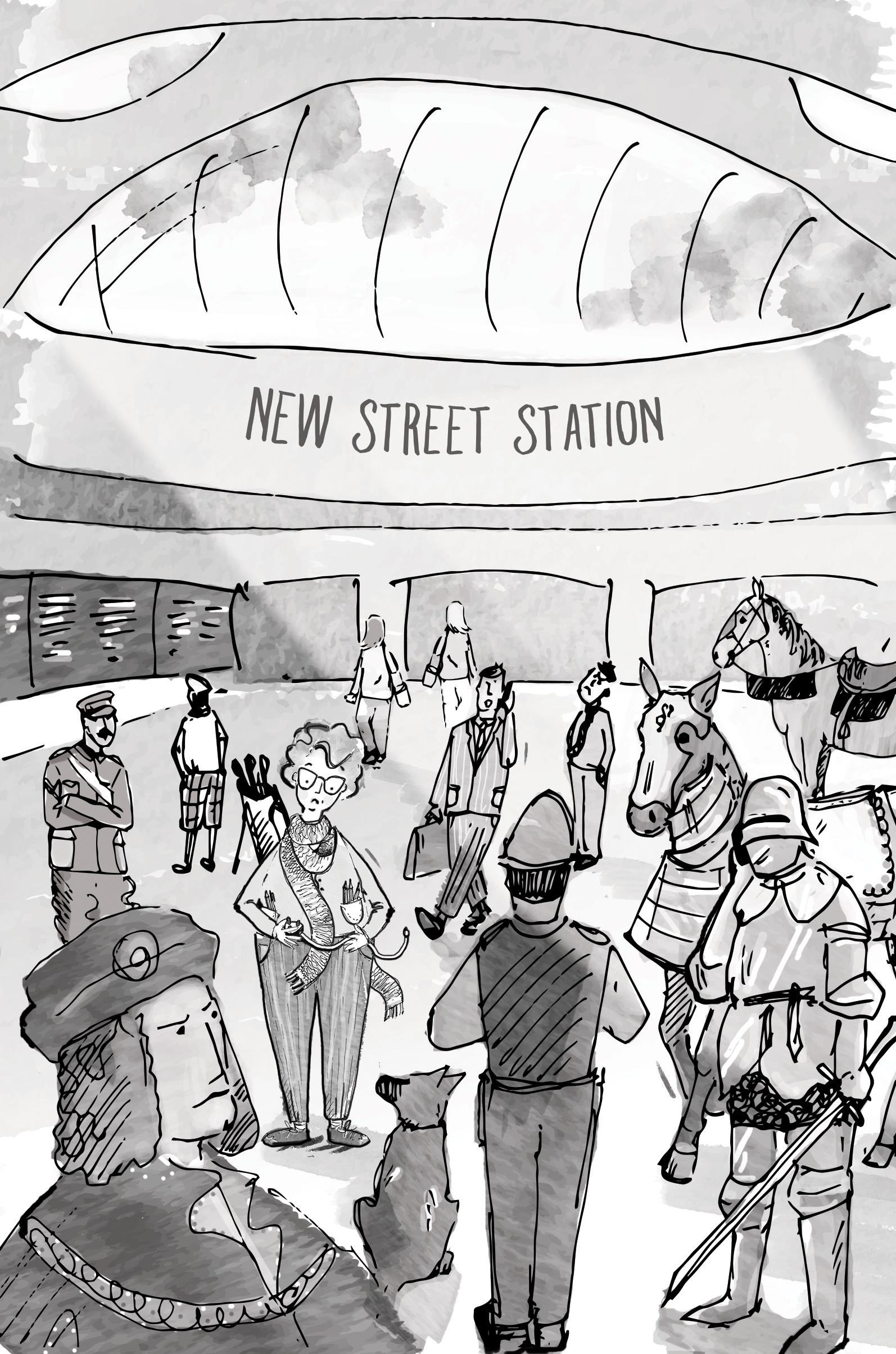 First published in Fashion Magazine in 1969, Barbara Spencer embarked on a highly colourful career spanning three continents in which she was caught up in riots, wars, and choosing Miss World. An award-winning children’s author, Barbara is now writing fantasy/magical realism for an older audience.